Hi all.  As 2018 comes to a close, I recall events, good and bad, of the year.  I guess the only, really bad thing I can think of, though, is both Jason and my spotty caregiver situation, the last half of this year.  Honestly, that has caused much anxiety in me.  We pray every day that it greatly improves and stays that way.
On the flip side, however, we can’t be more thrilled over the birth of Two Feet Below, one dream turned reality.  We thank you so much for your support and love, and don’t fear, we have many, great plans ahead!
Hollywood and Chewy, of course, are getting older, as dogs tend to do.  They, however, will still give most others a run for their money, even with Hollywood’s injured leg-he is 11 now.  We hate to say goodbye to the traveling vet, though they have amazing ventures of their own.
I still don’t understand Hollywood’s obsession/excitement over the word “shrimp”.  LOL.
My Avon is doing very well, especially considering I can’t drive (a car) to deliver orders.  If anybody would like to order from me, I’d be honored to help you.  There is so much more than just make-up ;)  Just let me know.
I know Jason will have much more to add.  He’s done some paintings, and he completely killed his chair.  In fact, Clint said it was the worst he’s Ever seen, lol.  And, let’s not forget, J got published for the first time…actually, he published two books!
(This might end up being a joint post.)
Also, let’s not forget us meeting my sister, and this little Stabbing Westward concert we went to in Dallas ;)  It was the best Ever, by the way!
So, what do we have next year?  Honestly, I am still collecting my Reborns, but I’ve slowed down this year, and I’m not sad.  I’m trying to sell one (hit me up if you’re interested), and I see myself interested in two more, one of which I actually bought the blank kit ahead of time.  Also, I’ve been talking to somebody (surprise details later) about a new addition into our family.  I’m so happy; I can’t wait to share.
I hope to learn more German, loose nine pounds, and be a better cook.  Oh, yes, and THE HOWL Will be published next year!  We can’t wait to see all this awesomeness unfold, and we’ll post the second they do.  J’s been working on how to do videos-vlogs-too.

So, tonight, we got Subway 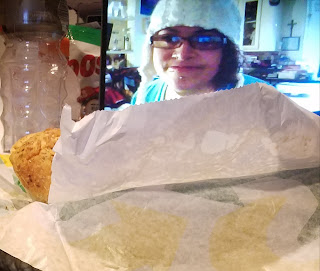 and a six-pack of Mike’s Dark Cherry beer to share. 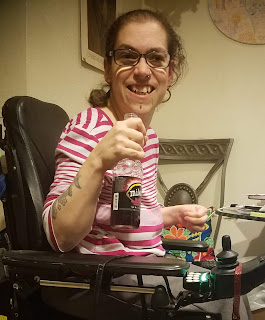 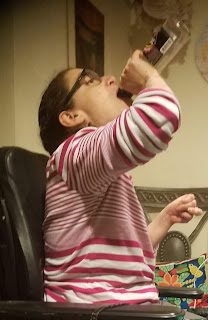 For dessert, we had pumpkin ice cream with cool whip. 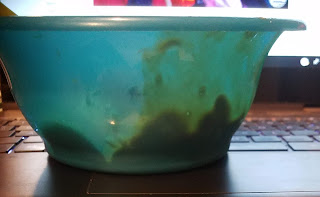 The Boys got some doggie ice cream from Schwanns. 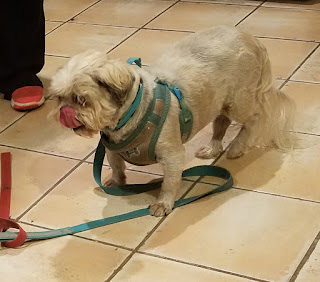 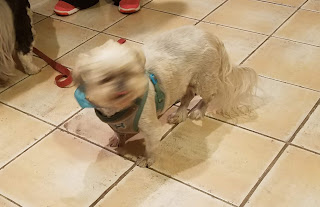 Damn, there’s not a whole hell of a lot I can add that Joey hasn’t already said adequately.  This’ll be our 767th post!  God, we’ve written a lot this year between here, our joint poetry book, Joey republishing Quest, and my getting Moreau out.  That’s a shitload of feelings thrown out.  We hope we’ve made an impact with you guys.  Know you’re not alone, and there’s nothing we won’t talk about.  If you got something personal you want talked about, we won’t put you on blast, but we want you to know everyone of you count.  Drop a line at twofeetbelow@gmail.com.

Stay tuned for things to come, the beginning of the Friendly Giant series personally and a joint photography book among other stuff in ’19 as we kick off Two Feet Below’s 2nd year the 3rd!

Posted by Joey and Jason from Two Feet Below at 11:29 PM