A New Year in the Twilight Zone Eating Petit Fours and Beer While Looking for a Forever Home.

So, how was your New Year’s Day?

Ours was nice.  We watched SyFy’s Twilight Zone marathon they’ve been putting on the last few New Year’s weekend.  Joey loves the show, and, honestly, they’re pretty trippy…especially for the times (It ran from ’59-’64).

Joey also got her annual box of petit fours from her aunt, so we had a few of them, and shared a beer. 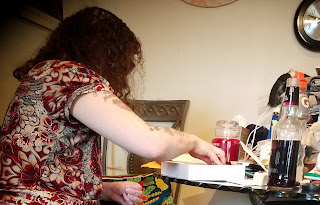 Oh yeah, we also took time out of Twilight Zone to watch the Rose Bowl Parade and a couple of old Christmas specials on DailyMotion.

Another thing, I’m contemplating unless someone else wants it is putting Broken Trust, my last painting, on Ebay to see what it does. 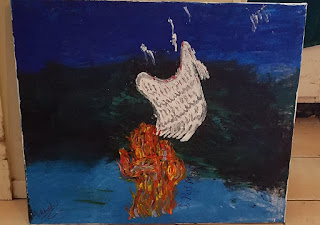 I tried to get a hold of the chick it was SUPPOSED to go, but she won’t return any texts…she’s literally MIA.