Let's See If I Remember How to Do This.

So, let's see if I remember how to do this blogging thing, shall we?

Yeah, so it's a couple months shy of a year since I've drop a blog here on Two Feet Below...since we've really been hitting the YT channel version of Two Feet Below.  Shit's hard, Guys, it's no joke.  People don't want imperfect like we pride ourselves on delivering, because we've never thought YT perfect's REAL.  Going in, we decided we'd show everything, warts and all, which meant not editing our screw ups.  A handful appreciate the honestly, more don't.  It's frustrating.  Still, I or Joey crank out a video every other day, every couple days, if not everyday.  We've learned not to force it.

In the last few months, I've gotten my horror novels, Crimson Love/Crimson Love: The Last Dance Kindle-ized in an anthology titled Moreau Family Diary, and because Moreau's a diary, 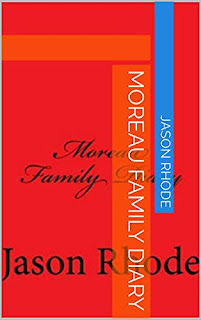 I've always thought it needed the hardback treatment.  However, since Amazon doesn't offer hardback, I took  tip from my YT buddy, Dale, to check out LuLu last week, and got Moreau published!  I'm super proud of it, so if you're so inclined, please check it out if you're into horror. 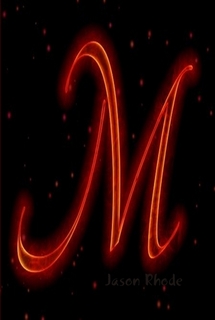 This week's goal's been to do sketches for my first Friendly Giant story.  I've got several.  Yeah, I could release them as an anthology, ala, Kindle Moreau, and I probably will for folks to read to their kiddos at bedtime, but I want them to be able to read them on their own without feeling overwhelmed by having a big ass book to hold.  I was think little golden books from back in the day.  I was even playing with the idea of making coloring books out of them.  What you think?

Anyways, I guess I've caught you guys up on the goings-on in Two Feet Below world.

Until next time, be good to each other.

-J-
Posted by Joey and Jason from Two Feet Below at 5:59 PM No comments:


This afternoon, Joey and the Boys were having a powwow about people food when Joey was eating her salad, which had blueberries, which the Boys apparently dig...LOL!


Then, of course, life hit Joey again when the chick she thought was coming didn't.  Fortunately, she had a backup plan, which covered her tonight, but the same chick was supposed to help her in the AM...and she couldn't get a hold of said chick when she called...instant stress.  And, of course, we've got plans for Mother's Day with my mom, but we need someone to help her up.  Oh, God.

So, if you've been following us on our YT channel, you know we don't edit on purpose, because want people to us truly, not YT perfect.  It's actually very liberating, because we know we might screw up.  It affords us to  be FEARLESS!

Anyway, I challenged our Two Feet Below fam to post an unedited video of their own.  The way I set it up, NOBODY can fail.  NNothing to lose, everything to gain.

I'm throwing it out to you guys ton do the challenge if you choose to accept this mission.  If you choose, have fun. <3

Tonight,  Joey's reg. chick had to go on a two-day medical leave, because she jacked up her hand, which we've been trying to get her to get it checked out.  She finally decided to; however, this left the agency to find someone in a pinch, which they pulled off.  The rub is she came over at 6:30, which would have Joey in bed by 8.  If she needed to go take a leak, she'd have to wait some 11 hours!

Normally, she could get up if she needed, but this week her "friend" came which makes doing the deed by herself WAY harder since she at least has underwear on.  Also, she wears her boots during the day, so they give her the support she needs to get on john.  At night, she doesn't have that luxury.  Non-"friend" weeks, she'd just get out of bed to use the urinal.  Here's her concern...

So yesterday, I went to the office for a 3rd visit for a face-to-face SOLELY to get the ball rolling on my new chair FINALLY, after working the better part of the year trying.  Hopefully, the hat trick works.  Joey and I were talking about it, and decided this was the hardest time we've EVER had getting a new chair, the "system's" so screwed.


On the upside,  today, I went to the store to get a couple things we needed, and considering the week we've had with Joey's providers lately, I needed this...

A crazy Week/Belated May Birthdays!

So,  what a crazy week we've had with Joey's providers being spotty at best with us having to call the agency, and posting on FB asking for help for her in the mornings and she being without twice this week alone.  God, can't a girl crip get a break.


Finally, we got that break tonight.  Someone came without Joey having to call an agency or FB posts.  Hopefully, this winning streak'll last awhile.

PS.  Happy belated and rest of May birthdays!  We love you guys!

So day 4 of Para Hockey with Korea v. Italy.  Like I've said before,  Para Hockey's one of our faves of the Para sports, because how cutthroat it is, so enjoy FB's coverage, and be good to each other.


Posted by Joey and Jason from Two Feet Below at 11:28 AM No comments:

So, it's Para Hockey time!

I love hockey, whether it's able-bodied or crip.  Crip hockey's crazy cool.  I think it's more dangerous since they're closer to the ice in their sleds.  It's different, but the same.

-J-
Posted by Joey and Jason from Two Feet Below at 9:27 AM No comments: