The End of an Era and More Anxiety from Two Feet Below with a Miracle. 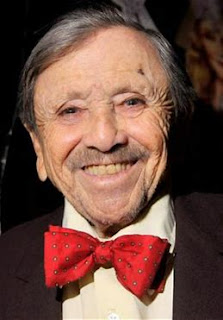 So, I’m going to make this a twofer, because I missed a beat that might not mean much to some, but the man deserves his dues, because he was a part of movie history.  Jerry Maren, the last munchkin to have a speaking part as the lead in the Lollipop Guild in The Wizard of Oz died a few weeks ago, but it was just reported just last week, I believe.  He was 98.  My hat’s off to him.


The other is the latest goings-on in our world.  If you think you’re alone on this, trust me, you’re not, and we’d love to hear from you in the comments.  Without further ado…


This morning went off without a hitch, Joey’s chick showed and everything went smoothly.  HOWEVER, tomorrow, Joey’s got an appointment with a counselor, which’s no biggie, she’s wanted to get back into counselling.  The thing is, she called yesterday to set up her Para ride, but was told it’s outside the 5-mile from a regular stop cap, so they can’t do that.  They told she can take the EZ-Connect, which would be doable if she didn’t have to get up so early to do so; thereby, having her chick come even earlier than she already comes to get the bus to the mall to get the Connect.


Now, Joey got escort on her Amerigroup, which means her chick can go with her on the bus or drive her in her, the chick’s ride, NOT Joey’s, the ideal scenario.  But, the logistics of both are cray cray: a. because the transferring of buses in the first, and b. Joey’s chick would have to transfer Joey to her ride and put her manual chair in the trunk of her ride and undo and redo the process when they got there and for the return home.  This might be the best and worst case scenario, in that, she’d have her ride and escort, but at the same time, Joey’s control is gone if she has to be in her manual chair, which she’s already going to be nervous meeting a new counselor as it is.


We’ll mull over her options while we do the stuff we’ve got to do today.


UPDATE:  Joey just told me her lawyer, who’s been helping her get on Medicaid and get through all their hurdles to get what she needs, got her hooked up with the Amistad transportation, who’ll take her and her chick to her appointment.  Yay, Joey!
Posted by Joey and Jason from Two Feet Below at 11:55 AM