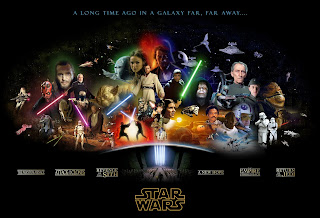 So, I read an article on Ain’t It Cool News a few days ago on the last episode of the Skywalker saga in Star Wars.  Now, I trust the guys there implicitly, I’ve followed them for years for movie insight.  Hell, it was through them we were able to go to the Freddy vs Jason premiere in Austin in ’03 and got to meet Robert Englund, so yeah, they’ve got the hook up.

Anyway, this article said that Mark Hamill, Billy Dee Williams, and Carrie Fisher were going to be back for Episode IX.  Wait, what, Carrie Fisher?  Ummm, she died looong before Episode IX’s script was even written.  She barely finished The Last Jedi’s shoot, and was there for any reshoots…so, how are they going to have her in the last one?

It was said that Episode IX was supposed to be Fisher’s time to shine, of course, she fell back into the drugs and screwed that up.  They talked about pulling a Rogue One and CGing her, they also considered another actress playing Leia, but both those were shot down.  Then, Colin Trevorrow was fired from the gig to be replaced by J.J. Abrams, who launch the Disney era of the franchise with Force Awakens.  He says he’s going to use old footage that didn’t make the cut in Force Awakens to have Leia’s storyline be able to be completed.

I feel a couple of ways about this: 1. How’re they going to use old footage from another film to put her in this one?  Yeah, I know it’s still Star Wars, but the feel from Force to now’s changed; therefore, won’t the footage feel shoehorned?  The only way I could see them doing it is through flashbacks, which, a. slows down the movie and b. I’ve never seen a flashback in a Star Wars movie.

2.  On the other hand, since Abrams started this trilogy, he’d be the best to finish it in this situation since he’s familiar with the world, so he’d know where to use said footage.  Maybe she’ll be a force ghost like Luke.  Of course, with everything Star Wars after the OT, everything’s been a slippery slope (Solo, which I happened to like, but suffered in the box office) for anybody at the helm.  We’ll have wait and see come next year.

What you guys think?

CORRECTION:  I sit corrected, there were flashbacks in both Force and Last Jedi, so it might work.
Posted by Joey and Jason from Two Feet Below at 10:57 AM