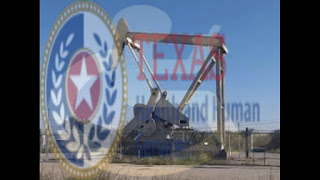 So, it’s been a few days since I’ve written anything really crip related, *cue Heath Ledger Joker voice* “so here we go.”

Joey had an impromptu State visit.  They come by to see how services are going and whatnot.  Everybody in the “system” get these visits.  It comes with the crip territory, we gotta play by the rules in order to be eligible, privileged to be in that elite group of people that get help…stay poor.  OR, ACT poor in SOME people’s cases…as they drive from the Medicaid office in their ’18 Escalade.  Yeah, poor.

Anyhoo, Crystal seems caring and understanding.  She listened to Joey’s concerns about the lack of provider coverage, a bane to both of us.  We know, with the region we live in, when the oil’s good, people don’t think they need other work, life’s good….and, it’ll stay that way.

Once again, let me wipe the sugar off your Everlasting Gobstopper world.  The oil ain’t gonna last forever, it never does.  I’ve lived here since ’82, I’ve seen oil booms and busts.  Nothing lasts forever.

Kids leave school for the fields.  Hey, it’s legit money, and it’s raining like West Texas’s is one big strip club.  When it dries up, they have NOTHING to fall back on, so they become oil vagabonds…or, they just don’t…yeah, people off themselves over this s.

Anyhoo, I digress, Crystal assured Joey she wasn’t gonna lose her hours since there just isn’t personnel coverage.  She said she said she could transfer Joey to another company, but she said it’s pretty much across the board…people just don’t wanna work…especially at government wages.  They’d rather put it off on their roughneck men, apparently.  She’s one of the few without this mindset.  She admitted they’re struggling in their personal lives.  Like us, they know the only ones they can rely on is each other.  That’s love.

OK, so it’s nice to know it’s not just us having a hard time finding care, but it doesn’t help.  We’re still a out.  *SIGH*  Crystal said she’d do some investigating and brainstorming with other companies.  Hopefully, she follows through.  She admitted the job’s really stressful, so much so, it’s affecting her health.  We believe stress killed Joey’s other caseworker.  RIP, Stephanie.

I’m glad we, Joey and I’ve, got each other.  I’m sure we’d’ve stroked out alone with life’s stress by now.

I did tell Crystal I didn’t plan on us being Medicaid crips all our lives.  Hopefully, this year can be steps in that direction.
Again, any of you crips…or, any of you guys, be the ball.  Fight the system, be the unsugared voice.