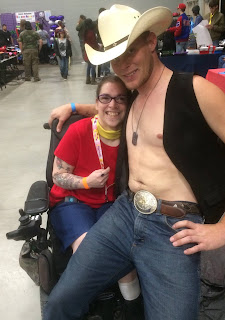 So, The Con, Joey’s told me about the one she went to in Dallas, and she had my interest…just out of sheer curiosity.  Yeah, I’ve always loved Star Wars, the un-politically correctness of Family Guy with their crip jokes, and my budding collection of graphic novels thanks to The Walking Dead, but Midland didn’t have those sort of things…until a few years ago, literally.

The first year we missed, because if the cruise, I believe.  The next year, we were gonna make it come hell or high water as far as Joey was concerned.  The Force Awakens had come out in Dec. and was cleaning up at the box office, so there was a butt load of Star Wars cosplayers along with your anime and Marvel characters.  There was a portly Stewie and a couple as Mario and Luigi. 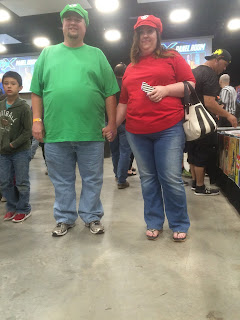 Then, there were the toys, OMG, the toys.  A budget could easily be decimated at The Con.  Angus Scrimm from the Phantasm franchise recently died, so I bought a Tall Man drawing.  The vendor was so happy with my knowledge of film, he gave me a discount for the three that caught my eye.

One of Joey’s friend/providers’, Keta, kids were dressing up with a booth, so we had to check them out.  Also, one of Joey’s hairstylist friends, Alecta Arcana, was there with her troupe.  Celebrity-wise, we’ve seen Vern Troyer (Mini Me), the original Black Power Ranger (Walter Emanuel Jones), Ed (Kel Mitchell) from Good Burger, Viz Media’s Sailor Neptune’s voice (Lauren Landa), and Chick (Ryan Hurst) from Bates Motel.  Again, you could lose your budget geeking out with these people…nothing comes for free. 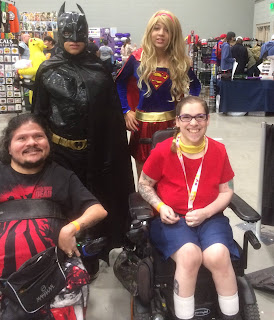 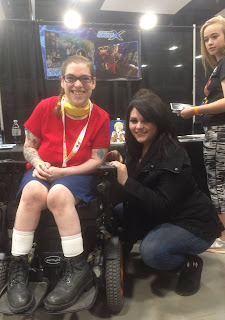 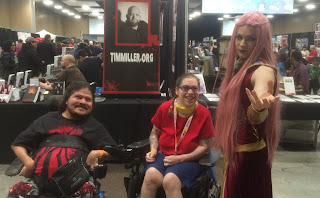 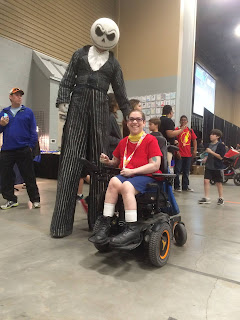 One dude was at a booth, who I immediately took for Magic Mike, so I asked him to take a pic with Joey.  We’re not jealous, we know who we’re going to bed with at the end of the day; hence, our pics
with Chris from The Dreaming, who Joey considers her star crush along with James McAvoy, and me with Lzzy from Halestorm.

As we were leaving that first Con, there was a Kylo Ren stalking around quietly.  I called out to take a pic with us, which he obliged.  March’ll be our third Con together.  I can’t wait! 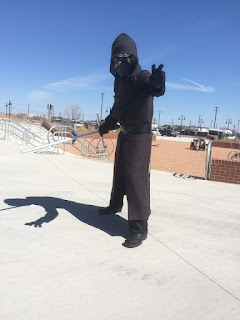