Jason Should Have Gotten Coal for Christmas 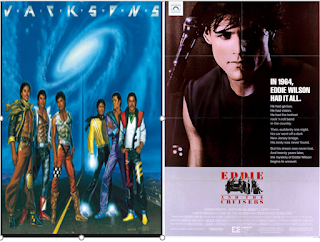 Joey says this post SHOULD be titled “Jason Should Have Gotten Coal for Christmas.” Hater. *laughing* Anyhoo, tis the season, and I’m in the mood and ready to get my Christmas on.
Joey ragging on me and writing about my brother in my last blog got me thinking about past Christmases. Joey’s title idea wasn’t a bad idea, actually, since she knows how I am. I am the instigator more often than not — always been. If it was going to get done, Jason probably had something to do with it. In my family, Joey was the passive-aggressive, Kat was the go-with-the-flow, and I, I was the aggressive one… the instigator.
When I was a lot smaller in size height-wise and weight-wise, I used to crawl around the house. If I could figure a way to climb on stuff, I would. Remember, adaptability’s key for crips… whether it’s for good or evil. Good was for help cleaning and doing chores. Bad was… well, we won’t go into all that.
It was Christmas ’84, I believe. The Jacksons had regrouped for the first time since Michael hadd broken out on his own essentially killing the Jackson 5 of years back. They were on the Victory World Tour, which I desperately wanted to go to, but, of course, they were sold out in like six seconds flat… or it seemed to my eight-year-old brain. Hell, it probably was something like that since Michael was killing it with Thriller.  Anyhoo, I’d asked for the tape since I’d gotten the Victory tour poster already. Did I know any of the songs they were singing together? Hell no, but that wasn’t the point… It was Michael. I’d heard his Thriller album from my babysitter Elicia. I knew “Beat It,” “Billie Jean,” and especially “Thriller” with Vincent Price. The song “PYT” made me laugh, because there was a part that sounded like The Chipmunks were singing. I’d seen the video for "Thriller" on the DL on MTV (Again when it was cool.) Needless to say, I NEEDED this tape.
As the presents started showing up under the tree, I started to scheme my plan of attack. I knew the exact size a tape was, so it was easy for me to whittle down my choices. Of course, there were the presents that were close in size, so that was a crapshoot, but I knew how to spell my name written or cursive be damned. I figured if I could poke a tiny, tiny hole in the paper and get the light from the Christmas tree lights in there just right, I could see the reflection off the plastic cover and get my answer. It worked. Of course, if I’d been really smart, I’d just have shaken the damn thing since tapes made an unmistakable sound in their case. But that might raise suspicion if a parental unit happened to be too close and heard the heinousness I was perpetrating. Nonetheless, I didn’t busted, and I got my tape.
HOWEVER, another Christmas I went snooping, I wasn’t as wily. It was another tape I wanted… the soundtrack to Eddie and the Cruisers. My folks had the bags of presents on the floor in plain sight. In the words of Julia Roberts from Pretty Woman, “Big mistake. Big. Huge.” I rummaged, found what I was looking for, swooned, prayed Christmas came, like… now. I reluctantly put it back, or thought I put it back the way I found it. Uhmm, NO!
There was an offhanded comment about presents being sent back, and Jason never snooped for Christmas presents EVER again.
I hope you guys like my Christmas hijinks.
Have a safe and very merry Christmas from Two Feet Below.
Posted by Joey and Jason from Two Feet Below at 4:56 PM